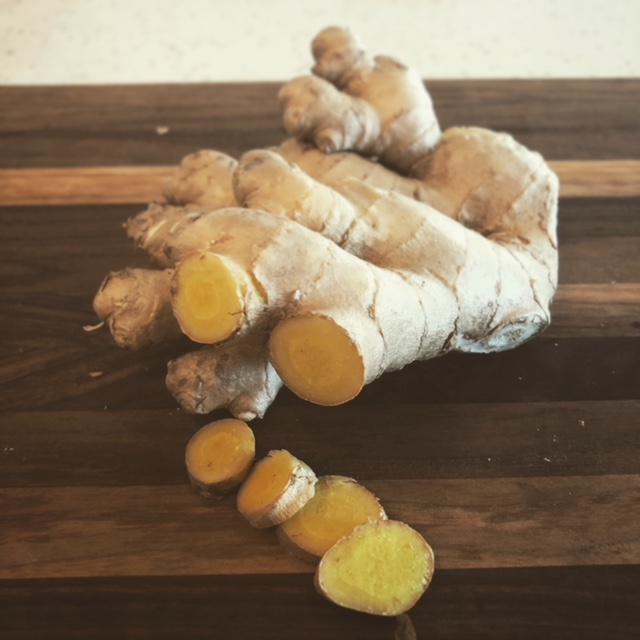 Yesterday my yogi friend came by to visit me in my flat in downtown Dallas. The windows are wide open to let in the beautiful spring air, the noise and the smells from spring in the city breeze in and we sit to chat. I usually make us tea, something herbal or chai spiced. This time he requested simple ginger and lemon. As I started to heat the kettle he stopped me and said, “let’s just enjoy the full benefit of the ginger and eat it without cooking” Both of us had been feeling a bit under the weather so we just thinly sliced the ginger, peeled and chewed and discarded the rough fiber remains. That was all it took for us both to feel lighter, breath easier and lower inflammation.

This practice of chewing simple raw ginger, with no other ingredients is a passive form of health care that has been used for centuries in Eastern countries such as India where minimalist consumption is practiced as part of yoga tradition called Sattvic. Eating raw ginger on it’s own allows the body to absorb the proper nutrients and phytochemical it needs, which is called 6-gingerol. This compound has been found to be cytotoxic to cancer cells of the blood and lung while also reducing cancer cell growth in the ovaries, breast and pancreas. It has also been studied as protection against colorectal cancer with positive results

This same phytochemical (6-gingerol) is the secret ingredient to gingers ability aid in calming inflammation and indigestion while boosting the bodies immunity. It does this by inhibiting the production of nitric oxide within the body, which is a very damaging free radical within the body.

Chewing on raw ginger is not for everyone, but steeping a few slices of ginger in hot water and drinking the tea is also a wonderful way to benefit from this miracle root. It’s also wonderful added to stir-fry, curries and juices. Next time you are cooking with a recipe calling for ginger, wait until the last minute or so of cooking before adding in order to maintain the healing properties